Finland 2017: 100 Years of Independence – Exhibition Concept for the Embassy of Finland in Vienna

The history of Finland in the 100 years since its declaration of independence has shown a strong educational focus and has materialized in excellent and innovative architecture for education such as kindergartens, schools, libraries and universities.
The Finish understanding of democracy during the 20th and the beginning 21st century has been reflected in architecture – not only in its government buildings but also in its buildings designed for education.
Education was one of the cornerstones of independence and – inter alia – building a strong democratic society after the revolution.

After the Second World War, particularly since the 1950s, the importance of education and its manifestation in buildings linked to education became ever more prominent. The aim was to allow a wide and varied education for all.
During those years a record number of elementary schools and high schools were built and a lot of large university projects were initiated.
Architectural innovations developed during the following years, such as the layout around the centre in school buildings and multifunctional room concepts, have been recognised and appraised as models outside Finland.
The nationwide educational initiatives also helped to strengthen higher education, such as vocational colleges and universities. During the 1950s, Alvar Aalto designed university cities for the technical university of Helsinki and the technical research centre in Otaniemi. The result was the creation of entirely new communities. Aalto’s core innovation was to perceive main buildings, laboratory rooms and residential complexes as unity.

The college of education in Jyväskylä may serve as another example of Aalto’s campus architecture: less monumental than Otaniemi but defined by the same ideas like a central internal road, a strong connection between the assembly hall and nature via big windows as well as the usage of fair-faced brickwork. Equality in education was the major idea during the 1970s supported by implementing an elementary education system, the foundation of universities throughout the country and a system of adult education. The idea behind this policy was to support access to education regardless of income and location. This has, over decades, led to devising programs for schools and university buildings.² These investments in education have had an effect on the strong development of information technologies from the 1990s on into the early 21st century.

Finish policies support the idea of design for everyone, which includes the notion of easy access to educational offers for the whole society and which is still an issue in the present day architecture, also in terms of sustainability.
One expression of this idea is the Helsinki University Library functioning as an independent institute open not only to university members but to everyone.³ Since its opening there have been about 40.400 book borrowers per year, 11.000 of whom have been new users. 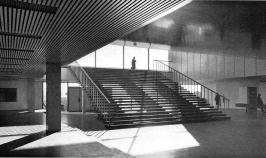 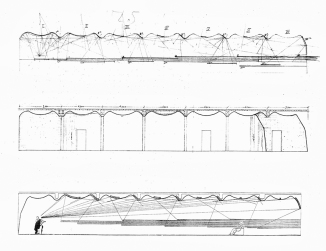